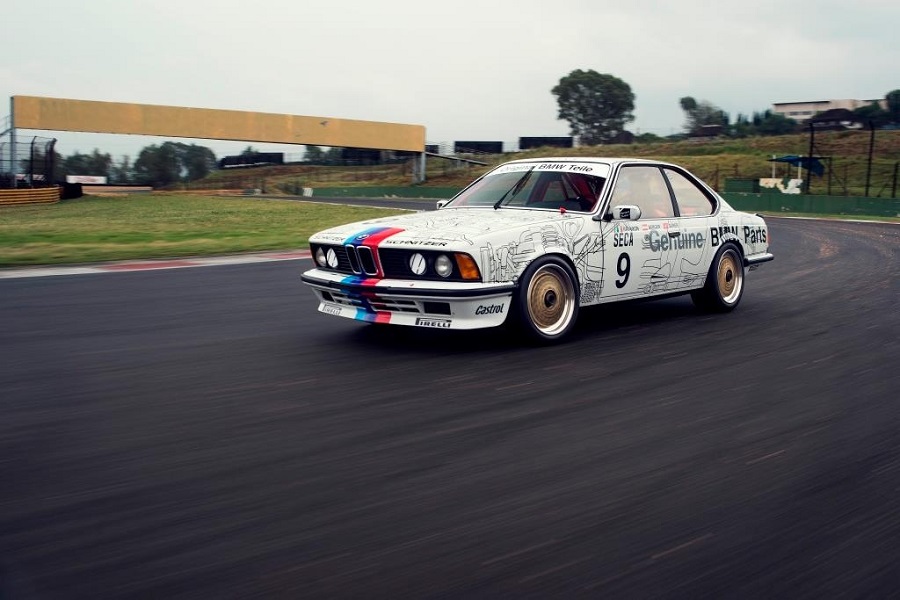 Interesting Facts:
- Built between 2011 - 2014 by Evolution 2 Motorsport, in according the FIA Homologation Papers
- Based on the Schnitzer BMW 635csi that won the 1986 Spa-Francorchamps 24-Hour Race & 1986 ETCC
- Wolfgang Schmidt, whose company was then and still is contracted to BMW Motorsport, approved the artwork
- Car was featured in BMW Car UK and TopCar SA magazines, and on BMW Group Media Platforms (2014)

With the support of BMW South Africa, Alec Ceprnich and his son Bruce (both ZA) of Evolution 2 Motorsport converted a chestnut-colored BMW 635 CSi Coupé into a racing car. It is modeled on the BMW 635 CSi Group A, in Original BMW Parts design, run by BMW Team Schnitzer. Alec and Bruce Ceprnich began the project five years ago. “A friend called my dad and informed him that a contact was wanting to sell a left hand drive BMW 635csi that he currently had at his workshop in Johannesburg,” says Bruce Ceprnich. “That was the starting point to begin work on assembling our dream racing car.” Charly Lamm (DE), Team Principal at BMW Team Schnitzer (in DTM), also played a part in their plans. “In 2011 my father visited the Schnitzer team and Charly Lamm, in order to find out more about the BMW 635csi, and view an original racer that is stored at the company premises in Freilassing,” explains Bruce. During this overseas visit, Alec also had the privilege to visit BMW Classic and the Mobile Tradition, during which he was able to obtain clarity regarding various design details, and specifications of the Group A racers, thus the trip was a key moment in the project.

With this knowledge gained, the antiroll bar was assembled and the paintwork on the road-going chassis removed using a sandblaster. The racing version of the BMW 635 CSi Coupé gradually began to take shape. The close contact with BMW Motorsport also allowed Alec and Bruce Ceprnich to get their hands on the extremely rare BBS three piece centre lock rims for the racing car. Bruno Spengler (CA), 2012 DTM champion, who traveled to South Africa for the local launch of the BMW M3 and BMW M4, was one evening brought by BMW South Africa to Evolution 2 Motorsport to see the project in the flesh and gain an understanding of the efforts put into the car to achieve the replication of the original racers. Then, on 31st August 2013, the waiting was over: the racing car made its first public appearance at the BMW Car Club Concourse Event which took place at the Montecasino Entertainment complex in Fourways (ZA), situated in the north of Johannesburg (ZA). However, the BMW 635csi was still to undergo its first track shakedown test: it proved its racing credentials on its maiden drive at the Zwartkops Raceway on 27th September this year, completing 40 laps without any trouble. The street car had been converted into a genuine racing car, and Alec and Bruce Ceprnich’s dream had come true. “The best thing for us was to see the passion with which the entire BMW family supported us throughout the project,” said Bruce Ceprnich. “That is exactly what makes BMW so special.”