Speedy Car Sales in Klerksdorp is one of South Africa’s most respected and successful luxury car dealerships. Owned by Farouk Dangor, the dealership has a long history of selling high-end vehicles and rare cars to clientele from all over South Africa.

The Speedy Car Sales dealership has been recognized time and time again for the high level of service, absolute professionalism, and incredible quality. They have been awarded the ABSA #1 Executive Dealer in SA for 10 Consecutive Years, the ABSA Top 50 Golden Dealer for 29 Years, and in 2013 ABSA recognized Speedy Car Sales as a Golden Partner for the 25th Year in Succession.

Alec has known Farouk from Group N days, when Farouk raced an Opel Superboss and a BMW E30 325iS. Farouk approached Alec to restore his original BMW E30 M3 Touring Car which had been in storage for many years. It has always a been a privilege to do work with Farouk, and the Speedy Car Sales Team. 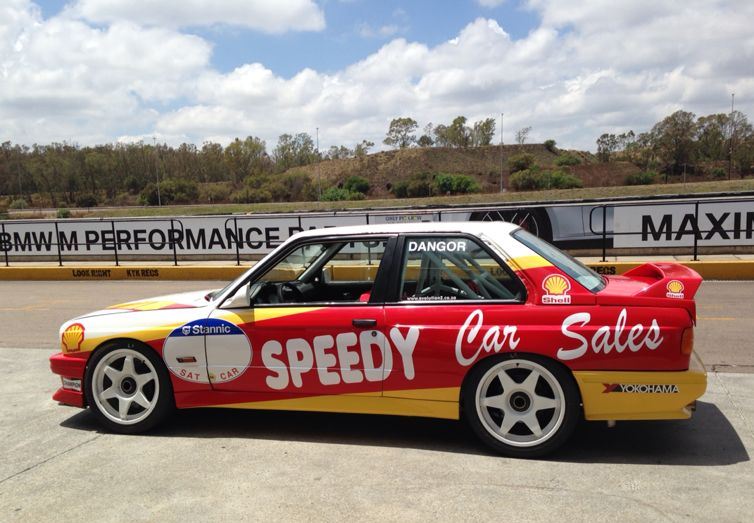 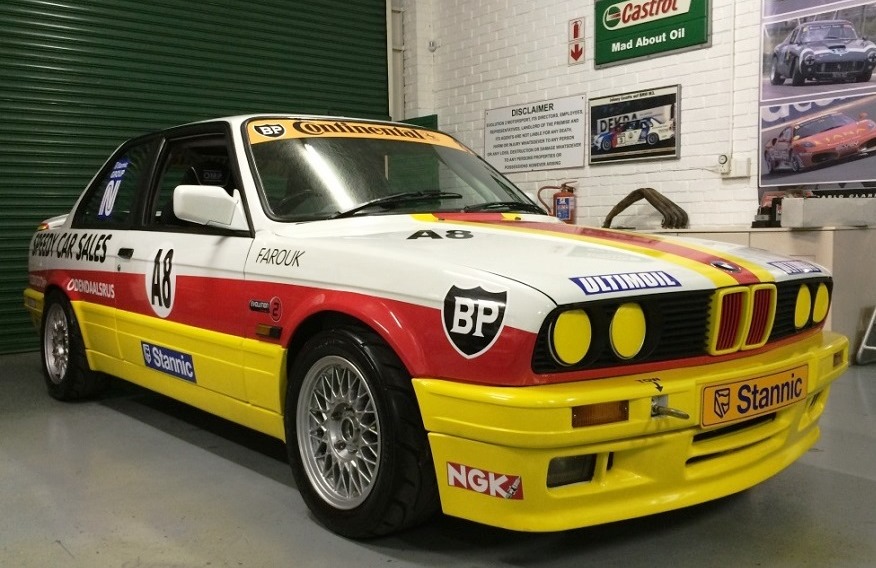 Interesting Facts:
- Restored in 2014 - 2015 by Evolution 2 Motorsport
- The 325iS Evo I and Evo II (the "S" standing for 'Shadowline') were a homologation special done by BMW SA and Alpina, making it a very popular weapon on the track for Class A Group N vs the Opel 'Superboss'
- This was an original Winfield Car built by Tony Viana's 'Works' Team
- Group N rules stipulated that all cars must race with their interior seats and upholstery